Norton Conyers near Ripon in North Yorkshire is a house with a history.  Of Anglo-Saxon origins, the house with its distinctive Dutch-style gables is mostly late medieval with Stuart and Georgian additions and has been owned by the Graham family since 1624.

It’s historic in a National Garden Scheme sense too as it first opened its gates in 1935 and since then has opened in 56 years.

The romantic mid 18th Century walled garden is beautifully tended, with cut flowers grown from early summer through to late November and old apple, quince and beautiful buddleia make it a haven for wildlife too.

Join artist David Stead, who is lucky enough to have his studio in the grounds and master plantsman Giles Gilby, for a tour of the garden filmed last summer:

For more virtual garden visits do take a look at the NGS website – https://ngs.org.uk/virtual-garden-visits-collection/

Find a podcast by category 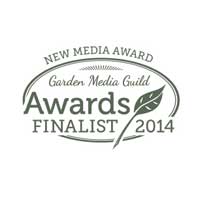